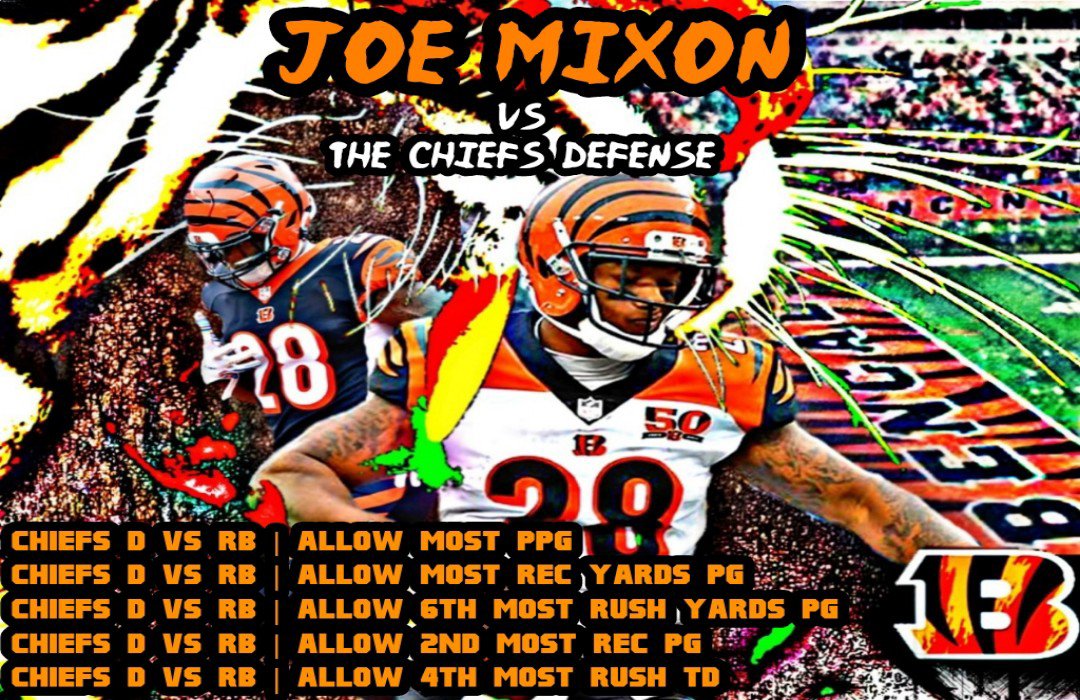 The Chiefs defense are having issues in the middle of the field as teams are playing ball control offense and running the ball down their throats. If the backs aren’t pounding them, they’re catching the ball out of the backfield. Good news for the Cincinnati Bengals, they have a running back in Joe Mixon that is a dual threat. Mixon is getting most of the work in the Bengals backfield. Look for Mixon to take advantage of this matchup and showcase his rushing and receiving abilities. 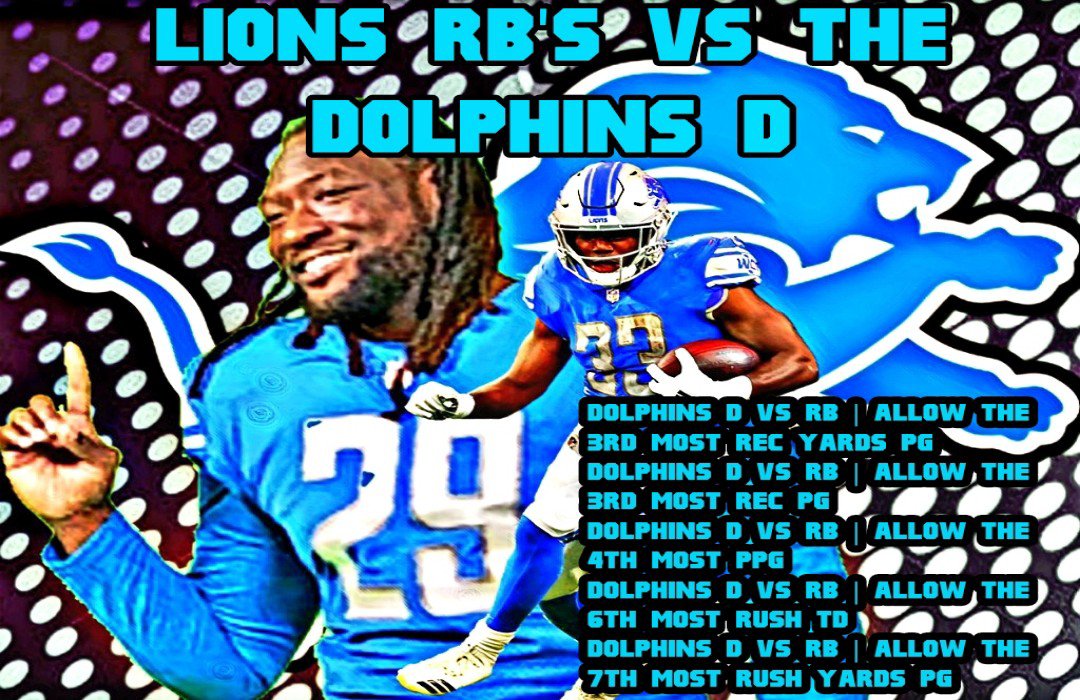 Both the Lions and the Dolphins defense struggle against opposing running backs. The matchup to exploit though is the Dolphins defense versus the Lions rushing attack. The Lions running back by committee gets a little more clarity this week as 3rd down back Theo Riddick will miss this game with an injury. Fire up Kerryon Johnson as offensive coordinator John Bob Cooter has no other choice but to feed his talented rookie. Yes LeGarrette Blount will get his opportunities and possibly score a TD of his own, but Johnson is the guy with the Juice. 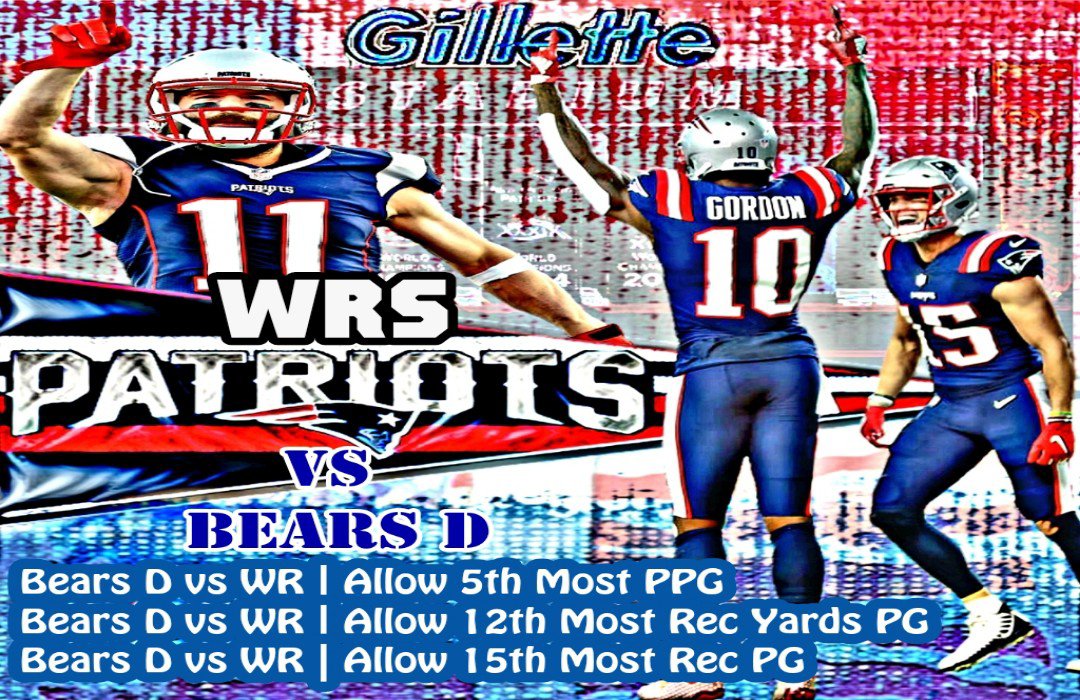 The Bears defense are improved with their defensive MVP candidate Khalil Mack wreaking havoc on opposing quarterbacks, however their having trouble on the back end, especially guarding slot receivers. The Patriots more than likely will exploit this matchup and go heavy shotgun throwing the ball all over the field. Last week Albert Wilson went for 155 yards and 2 touchdowns against the Bears. Look for Julian Edelman to eat inside. Also we can’t forget about Josh Gordon in this matchup as he looks more comfortable in the offense and received a team high 9 targets last week.

The Saints defense have regressed toward the mean in 2018 after being lockdown in 2017. After a strong showing last season with rookie CB Marshon Lattimore shadowing opposing teams best receivers making it easier for everyone else, they’ve struggled as a whole against receivers this season. Enter the Ravens pass catchers who’ve been on the same page with QB Joe Flacco this season. If John Brown is not beating receivers deep down the sideline, Willie Snead and Michael Crabtree are working the intermediate areas of the football field soaking up targets. This is a nice matchup for the Ravens receivers to do work.

Saquon Barkley is not fair. It was a coming out show for Barkley last week as he rushed for 130 yards against a stout Eagles front and caught another 9 balls for 99 yards. He showcased his relentless running style while making defenders look silly in the open field. He is a must start as he could end up as RB1 this week. The Falcons defense have not only been generous to opposing backs but also to opposing wide receivers. Get Odell Beckham and Sterling Shepard in your lineups also in this matchup to exploit.

The NFL’s worst defense is always a great matchup to exploit. Rule of thumb, if the Buccaneers are on your schedule, start all your offensive players. A struggling Baker Mayfield gets a get right matchup against the Bucs that just fired their defensive coordinator. The Bucs might play inspired football for a while but the defense is so bad that it will not matter against the Browns offense. Carlos Hyde was just traded to the Jaguars which means it will be the Nick Chubb, Duke Johnson show in the backfield. Jarvis Landry and Antonio Callaway should bounce back and David Njoku is an excellent play here if you’re looking to get some points from the TE position.

About the Author – Matthew Lee Lotshaw makes infographic picture designs for marketers with a story to tell or a product to promote. My goal is to help everyone tell the story better with an infographic that can bring the information alive. More than ever before, the visual aspects of well-crated infographs can make data memorable and understandable in a way that few other forms of media can.